Our next game takes us to Burroughs Park on Saturday afternoon where we will take on Great Wakering Rovers in the Pitching In Isthmian League.

This was a good fixture for us last season as we won 3-1 thanks to goals from Dan Brown with two and Evan Key and both sides have had decent starts to the current season. Rovers have 8 points from their first 5 games and sit just above us in the early season table. However their last game saw them go down to a heavy 0-6 defeat at the hands of Basildon United but since then a 2-0 win at Witham and a very creditable 3-3 draw at early pace-setters Tilbury has put them back on track.

Lance should have near enough a full squad to choose from going into this one and supporters will be please to hear that midfielder George Coy is nearing a return to action although this game may be a little too early for him to be included. 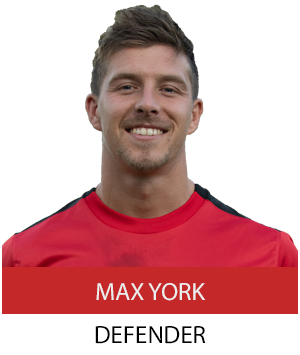 Skipper Max York reflected on last weekend’s FA Trophy defeat to Leek Town and looks ahead to tomorrow’s game, “It was a difficult pill to swallow for us at the weekend as we lost in the last kick of the game at home to Leek Town. We started and played extremely well through the first half, having controlling spells of possession and also pressing and work hard off the ball to nullify anything they threw at us. We scored a good break away goal from Zuko, with us being in a strong commanding position of the game. I think it could have gone either way at this point, it could have been a game that we dominated and scored 3 or 4 but as it played out, we let ourselves down and conceded goals.

We held on for as long as we could defensively, just as we always play, putting our bodies on the line with a strong back four, midfield four and working hard with our front two. Whatever happened or for whatever reason we seem to tail off with 25-20mins to go. A few errors lead to Leek getting on top of the game again and there’s only so much pressure you can withstand before they break through. Even at 1-1 we were clearing off the line, making important blocks and clearing our lines. However, in the last passage of play and with the last kick of the game they stole the winner. Its a tough result to take but we also only have ourselves to blame, whether that’s lack of fitness, lack of understanding or lack of endeavour we have to pick ourselves up and go again with our away fixture to Great Wakering at the weekend.

Again, thank you to the fans for your continued support and we hope to bring a result this weekend and get all 3 points.

For supporters travelling to the game please make yourself familiar with the current arrangements at Burroughs Park. There is more information available for visiting supporters on the Rovers’ website here.