Changes to the Ladies management team

Home/Ladies, News/Changes to the Ladies management team
Previous Next

Changes to the Ladies management team

There are to be changes to the management structure for our Ladies teams for next season with Matt Payne stepping down from managing the first team and moving into a role overseeing the growth and development of ladies football at Histon FC. Matt Phillips will be taking over the senior team after joining the club as a coach last sason. 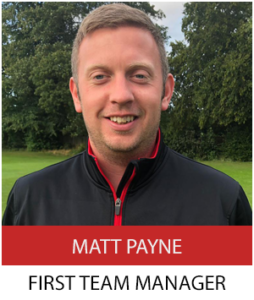 “After 12 years of running the ladies 1st team I have made the difficult decision to step down from the managers position.  Our 4th season as Histon Ladies 1st team has come to an unfortunate ending due to Covid-19 but it was arguably one of our best seasons at Histon.  There has been a rebuild project going on at the 1st team level and I feel it is in a position to continue to progress under new leadership.

I am pleased that Matt Phillips has taken on the management role for the 2020/2021 season after doing a terrific job as 1st team coach during the 2019/2020 season.  All the players have taken to Matt’s involement really well and are pleased that he will be taking on the main role.

I would like to thank everyone involved with Histon Football Club who have supported me, my management team and players during my time here. I am also pleased that the board are happy for me to stay involved with the club and take on a role in overseeing the ladies section of the club. This will allow me to help support the new management for both 1st and ladies reserves teams for the upcoming season and beyond, as well as continuing to try explore further teams for the future at the club.

It will be a real shame to not be involved in all the day to day stuff running the ladies 1st team but I am happy to be involved behind the scenes and continue to support the ladies section of the club.

As we currently can’t have a leaving do or end of season do in these strange times we are planning on organising a testimonial match in pre season. This will allow me to say a proper thank you to people rather than a goodbye.  I will manage a squad of former players who have played under me in the last 12 years against the current squad. This will be a good pre season friendly for Matt and the 1st team squad and all supporters will be welcome to attend.” 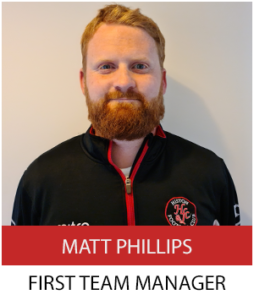 “Can I start by saying I hope everyone at the club including supporters, board members, players and all staff are keeping safe in these uncertain times.

For those that don’t know me my name is Matthew Phillips, I have been coaching football for 6 years now so fairly new to the game in some respects. I started off coaching at youth level where I have coached a variety of ages (U6s-U18s both boys and girls) and I’ve had some experience at men’s doing an A team and a reserve team. I have done my badges up to UEFA B which has been a great journey so far and I am always wanting to learn more. I was appointed as the ladies first team coach last year by Matt and thoroughly enjoyed my first season at the club, all be it cut short.

Matt spoke to me about the prospect of taking on the role of manager for the 2020/2021 season and there was never any doubt in my answer, all the players have worked very hard for me in training and games and bought in to what I was trying to do with them.

Going forward into the new season it’s going to be very much the same. I’m a very big believer in the way I want my teams to play both in and out of possession which will be a big part of my plan of getting the club into a league where I think they deserve to be.

I will be holding trials just before pre season to see if we can add a couple of players to our squad to help us along the way.

I am very excited to get pre-season going and to get back to coaching the players. I hope to see some more people down the club on a Sunday afternoon when the season gets going to watch us and see how we’re progressing.”