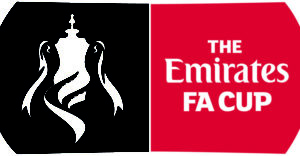 A convincing scoreline in the end but if our visitors had converted their penalty early in the second half and made it 2-2 who knows what the outcome may have been.

As it was though, Max York converted his second penalty of the game soon after to make it 3-1 and from then on the result was never really in doubt.

The skipper had put us ahead on 12 minutes, firing his first penalty of the afternoon past Shorunmo in the Northern Star goal after Joe Sutton had been brought down. the visitors levelled things up on 41 minutes when Jack Bloodworth shot through a load of bodies in the area to find the net but in added time, Evan Key struck a fine free kick into the top corner from 25 yards to give us a lead at the break.

With less than a minute gone in the second half Sam Roach was adjudged to have brought down a Northern Star forward and the Referee pointed to the spot but Roach was up to the task, saving Conor Murphy’s spot kick.

10 minutes later York converted his second penalty of the day after Lee Smith’s inswinging corner was handled in the area and 10 minutes after that Rob Ruddy rose highest to head home Smith’s free kick in off the far post.

With the clock running down Rukky Diejomaoh scored his first goal for the club, slamming home on the turn after York’s throw was allowed to bounce in the area and a couple of minutes later Ed Rolph got himself a well deserved goal, running thrugh on the left to shoot across the keeper into the far corner.

First half highlights (with thanks to Kevin Gould)….