The devastating but wholly necessary measures in place to combat Coronavirus have put paid to any hope of the football season being played out to its ultimate conclusion.  Likewise, the end of season festivities are necessarily cancelled for this year while everyone focuses on staying safe, staying at home and protecting the NHS.  So, no party and no presentations for this year, just plenty of time to think over the experiences of the last six months and file them away for future reference.

In the absence of any Player of the Year polling this season, and to help fill the time before the players can get back together again, Lance produced a questionnaire in which he has asked each player to give their light-hearted review on the curtailed 2019/20 season.  The answers confirm that we have a high spirited and close-knit squad of players with contrasting views on each other’s strengths, characteristics and lifestyle choices.

Over the next few weeks, and to help everyone through this eerie period without any football activity, we will be posting the answers provided by the players to Lance’s questionnaire.  Some of the answers have been “censored” (!) but we hope it sheds some light on the characters we were pinning our hopes on every Saturday afternoon when we used to go to the football. 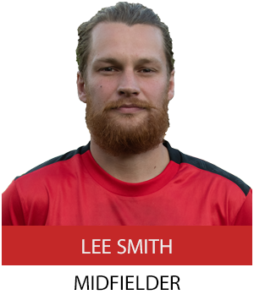 First up is Lee Smith, solely on the basis that he could be among the front runners for Players’ Player of the Year and that only two members of the current squad have made more league appearances for the Stutes (can you guess who they are?)

PLAYER OF THE YEAR:  Ed Rolph.  On his day he is unplayable, as long as he doesn’t take 65 touches.

HARDEST MAN:  Simon Swinton, when his old man is at the game backing him up.

BIGGEST MOANER:  Max York, when he over-hits a pass and expects the strikers to get onto it.

BEST DRESSED:   Nobody.  The team is full of awful clobber, including my own.

WORST MOMENT THIS SEASON:  Roachie turning into a 2-year-old and kicking out at a Bury Town player, which resulted in us losing in the last few minutes of the game.

BEST/FUNNIEST MOMENT THIS SEASON:  Keysy forgetting the kit for the Rushden and Diamonds friendly away.  (For those not aware, the team turned up at Rushden without any kit to wear and had to play in the home side’s third kit).

Keep an eye out for for more from the squad in the coming days.