Lance adds to squad ahead of season opener

Home/First Team, News/Lance adds to squad ahead of season opener
Previous Next

Lance adds to squad ahead of season opener

We can confirm that Lance has added another five players to the squad ahead of our season opener at Biggleswade in the FA Cup next week. Josh Dawkin, Sam Reed, Tobi Lawal, Jonathan Peters and Finley Wilkinson have all put pen to paper and committed to the club this week. 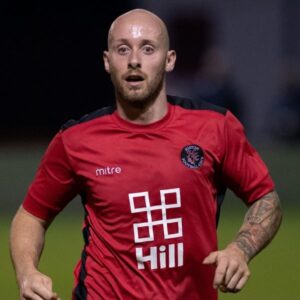 Attacking midfielder Josh Dawkin (pictured left) will be well known to Stutes supporters and joins us from St Ives Town. Following a terrible double-leg break suffered at the end of the 2016/17 season Josh spent a total of 665 days out of the game before returning to the pitch in February 2019 in Soham Town Rangers’ colours, having joined them on loan for the closing stages of the 2018/19. Last season he went on loan again to get some game time and build his fitness levels, joining Godmanchester Rovers in November.

Having started his career with Norwich City and playing in the Premier League for the Canaries, Josh has also had spells at Kettering Town, Cambridge United, Braintree Town, Lowestoft Town, Cambridge City, Dunstable Town, Biggleswade Town and St Neots and the 28 year old brings plenty of quality and experience to Bridge Road.

Lance was delighted to have secured his first new recruit of the summer, “I tried hard to get Josh here last season when he went out on loan from St Ives but he went to Goddy instead so I’m really pleased that he has decided to join us permanently now. He’s got great ability and can play anywhere across the midfield. His quality will really add to our attacking threat and as his fitness levels improve he will just get better and better.”

Striker Reed was most recently with Ely City but is probably best known locally for his time at Bury Town where he won a number of trophies. The 32 year old has also been on the books at Newmarket Town, Biggleswade Town and Cambridge City and we’re delighted that he will now be plying his trade at Bridge Road.

“Sam’s a predator in the box” said Gaffer Lance Key “with a natural goalscoring instinct and finishing ability to back it up. He’s an experienced striker with quality who will be a real asset for us this season and his signing along with that of Josh Dawkin is really giving us some depth and increased attacking options. I’m really pleased he’s joined us and the squad is taking good shape now.”

Lawal is also a player with an attacking threat who has impressed in pre-season having been with Mildenhall Town last season. The Irishman has so far been used out wide where his pace and strength has caused defenders problems but he has the ability to play centrally too and Lance is excited by what he’s seen from the 23 year old so far. “Tobi’s an exciting prospect” said Lance “and he will benefit greatly from working alongside our other attacking players here. I like that his first thoughts are always positive and attacking when he gets on the ball and he has pace and strength enough to cause defenders problems. Another good addition to the squad.”

Midfielder Finley Wilkinson and defender Jonathan Peters from our Under 18’s side have both signed first team forms and both have caught the eye during pre-season. “We have some really good young players at the club” said Lance “and Mark Pleasants has put an impressive Under 18’s squad together. Both these lads have done really well in pre-season and I think it shows that the development pathway we have here now is working well.”